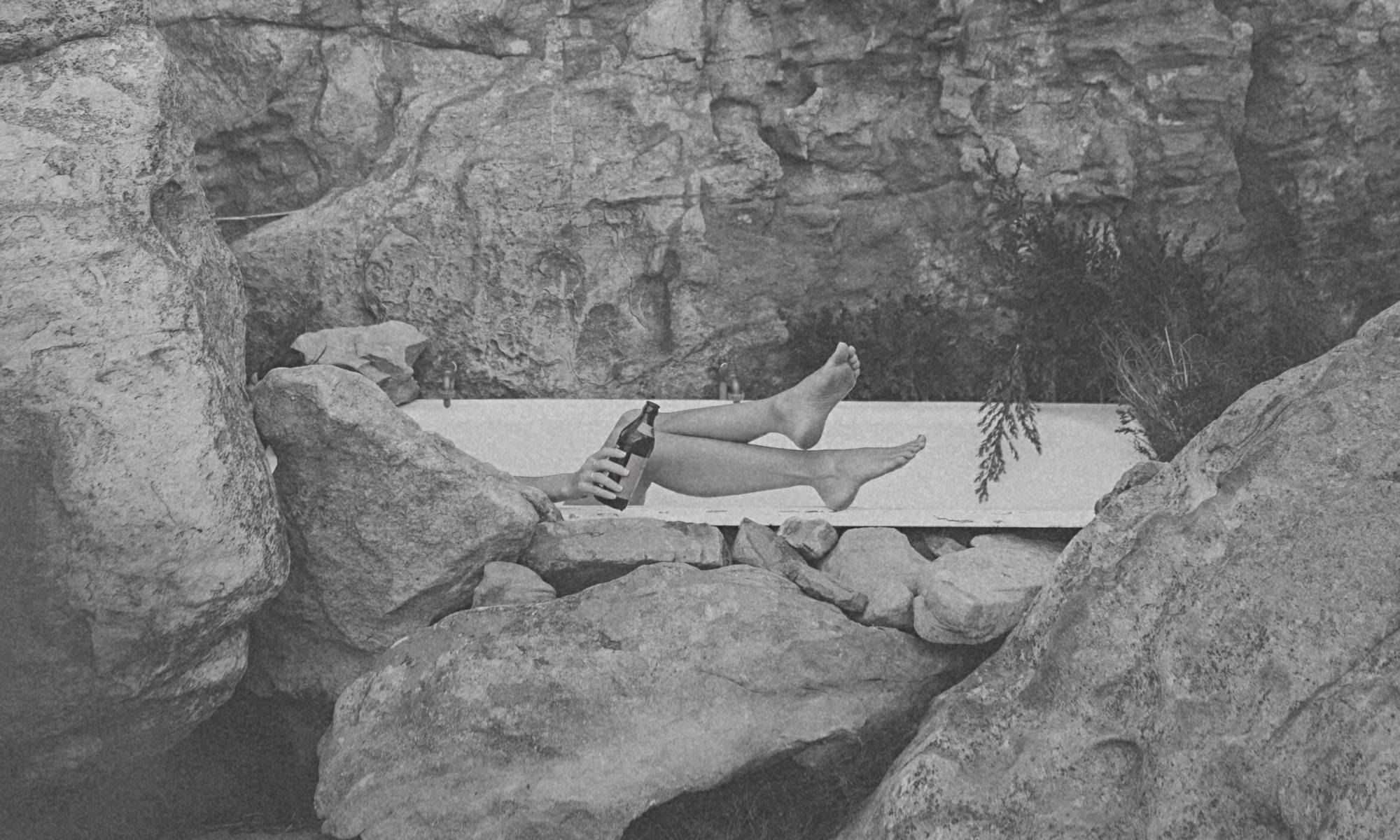 Crafted from a blend of Mother Nature’s creations, the process of oil extraction is infused with earth energy aiming to spread positive vibrations for healing.

Rooted in rich history, the use of ointments for the body can be traced back to ancient Egyptian, Greek, and Roman civilisations, while in traditional Ayurvedic medicine herbs and oils have been used for centuries to balance the doshas… creating space for cosmic wisdom to shine through.

The Seven Sacred Oils were named to define the most precious ointments prepared by Ancient Egyptians, used especially for their consecrated anointing oils. Each of the seven primary oils was preserved in its own jar, recognisable by its specific shape.

From temple rituals to mummifications, offerings to the divine and symbols of beauty, their properties were revered for different steps of one’s life.

We note myrrh, frankincense, Boswellia or pine as major notes, while sesame, castor or linseed oils would play the role of carriers. The oils were poured on the body to facilitate the transition to the next life, and honour the “seven souls” - fascinating! Overall, perfume and incense was a key part of daily practices, connecting the humanly senses with the kingdoms of Gods and Goddesses.

On the other side of the Mediterranean Sea, athletes of ancient Greece were known to use oils to improve their physical performance. In fact, the word "gymnasium" comes from the Greek word "gymnazein" which means "to train naked" - referring to the practice of exercising and training while covered in oil to keep the skin supple!

The ancient Romans also had a strong tradition of using oils and ointments for personal care and hygiene. Their rituals mixed a variety of plant-based oils such as olive oil, as well as animal-based oils, such as goose and pork fat.

In Ayurveda, the traditional Indian system of medicine, practitioners use a variety of oils for massage (Abhyanga), and self-massage is a key daily ritual. Infused herbal preparations will often be tailored to one’s dosha (pitta, vata, kapha), as well as the external environment that you evolve in. Coconut oil (in summer), sesame oil (in winter), olive oil, castor oil, almond oil, and jojoba oil are commonly used.

Witchcraft: the art of blending

When choosing ingredients for ritual body oils, the origin of the products is of utmost importance. Not only should the plants and oils be sourced from ethical and sustainable sources, their vibratory signature must be taken into account.

Let’s zoom in on a few of the oils that St Soleil has for example chosen in our Sacred Oils…: 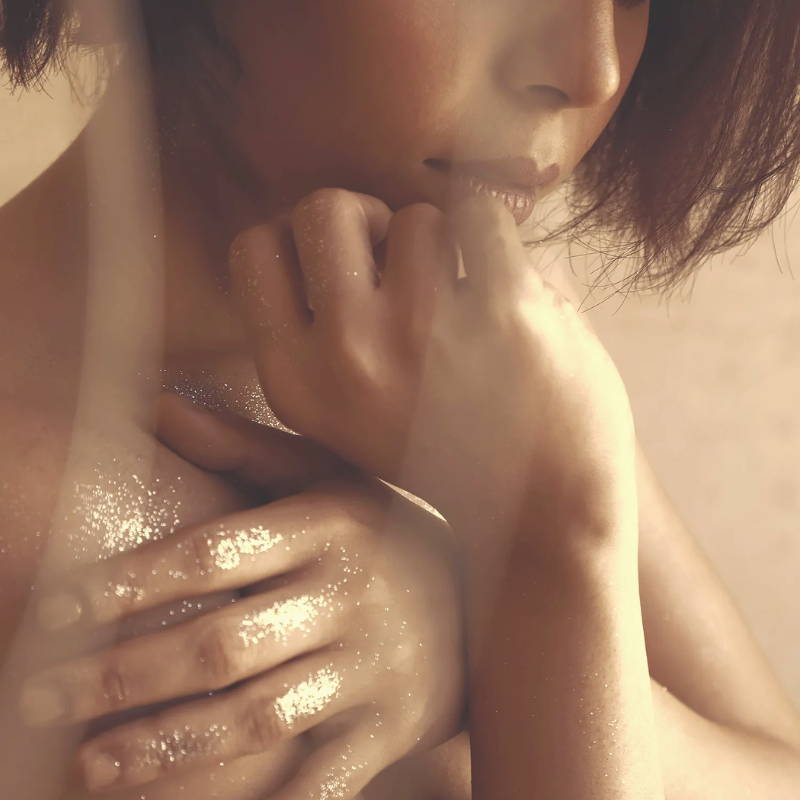 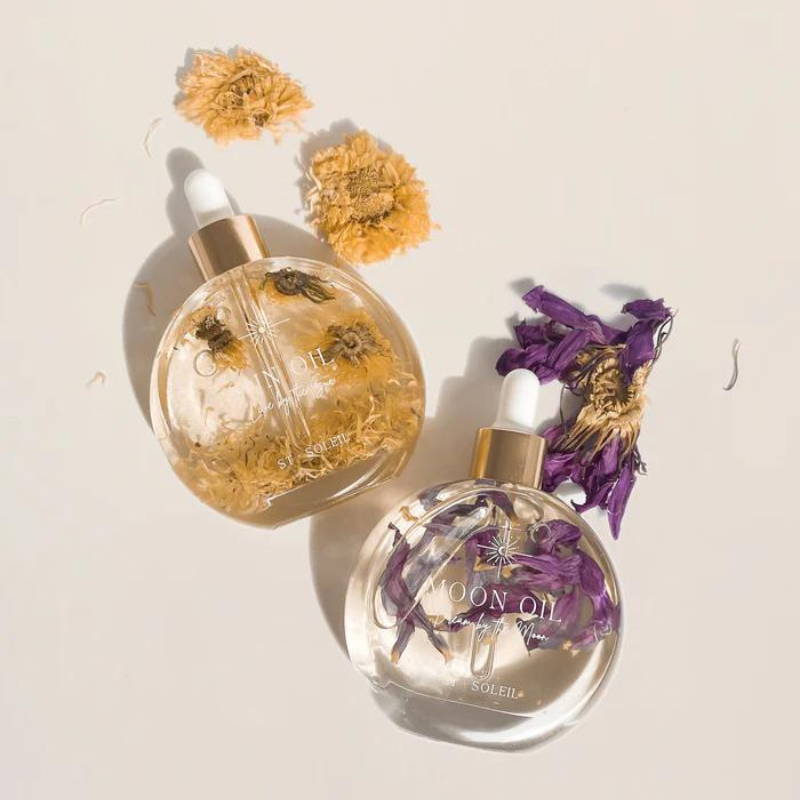 If the smell draws you in… trust your intuition, your body and soul are calling upon you to offer yourself this gift of time and presence.

A self massage practice can be simple for a daily routine,
or extended on the days where time blissfully allows you to soak it all in.

Our Sun and Moon Sacred Oils were crafted as 3-in-1, nourishing your divine earth temple from head to toe:
. Face: apply 2-3 drops to face for beauty ritual,
. Body bathing: add 3-4 drops to your bath for sacred renewal,
. Massage into warm, subtle skin after shower for self-care ritual,
• Ceremonially apply to pulse points and inhale sacred essence.

Massaging any part of your body is an opportunity to honour the vessel you have chosen for this human experience. The oil(s) have the power to absorb your intention, which should be your starting point: as simple as a desire to nourish and care for your skin, or more specific such as a desire to find inner peace or balance.

For a longer ritual, you may invite yourself into a quiet space, light a candle and play soothing music.
Open the bottle of oil and take a moment to appreciate the scent. Inhale the aroma deeply and honour the feelings it evokes.
Apply a small amount of oil to your hands and rub them together to warm the oil.

Starting at your feet, use long, flowing strokes to massage the oil into your skin. Work your way up your legs, your torso, and your arms, paying special attention to any areas of tension or discomfort.

As you massage the oil into your skin, focus your attention on the sensation of the oil against your skin and the movement of your hands. Allow yourself to be fully present in the moment.

Once you have covered your entire body, take a few minutes to lie down and allow the oil to soak in. Close your eyes and continue to breathe deeply and slowly.

When you feel ready, take a warm shower or bath to rinse off any excess oil.

This ritual can be adapted to fit your personal preferences and needs. Feel free to add any other elements that you find meaningful, such as singing, chanting, or visualization - make it your experience!

May you be illuminated in confidence, 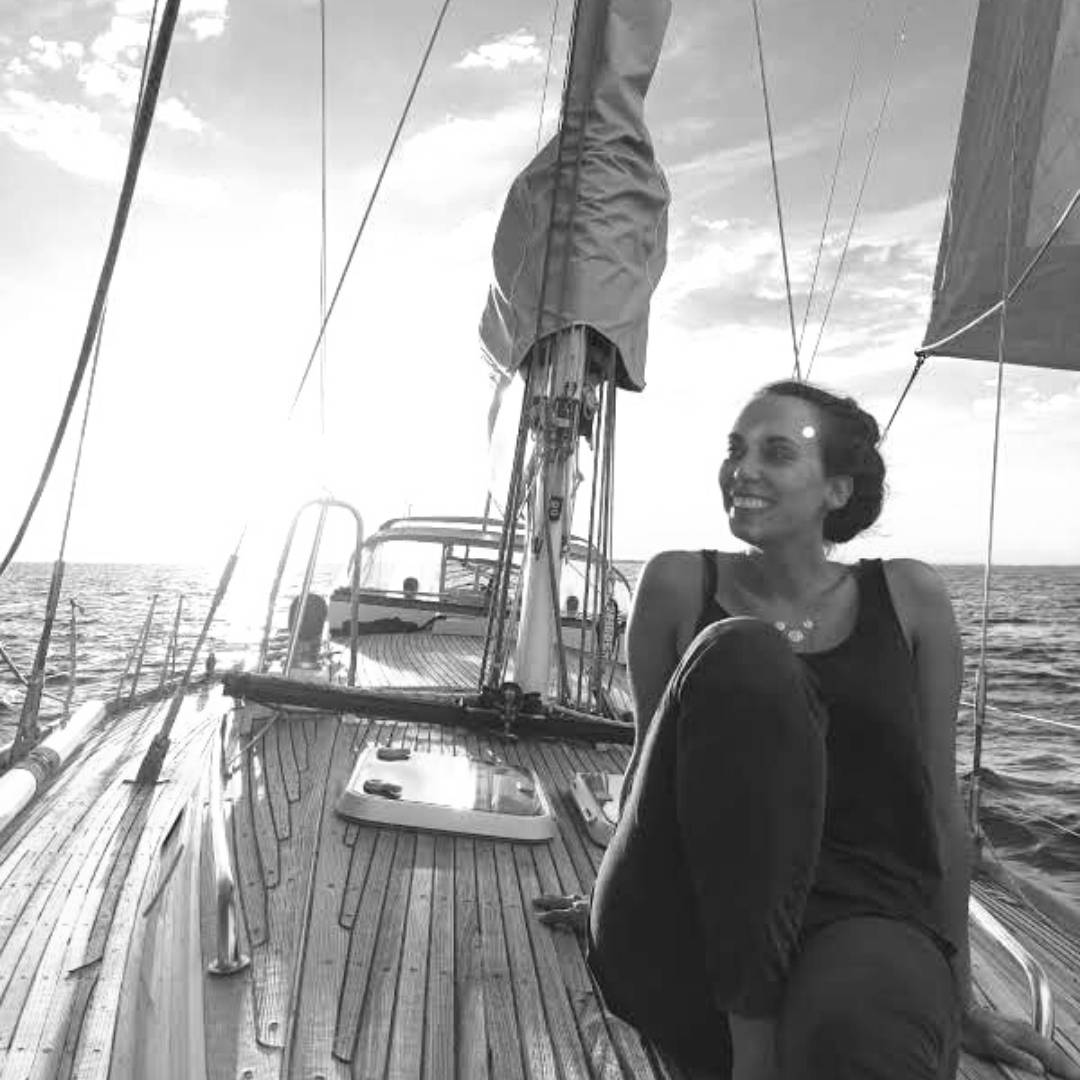 From the ripples of the moon, Laurie lives with the tides of this life in water-like motion. Ebbing and flowing, her Cancer Zodiac nature fills her with the rhythm of emotions, and she dances through their swaying branches to find inspiration guided by intuition.

Carer for the heart of humanity, our blue planet and its myriad of life forms, Laurie finds creativity in the everyday unfolding of events around us... and plays with weaving them into words that can be worn like precious pearl necklaces around our necks.

Born a woman in the South of France (an auspicious alignment with St Soleil), she has travelled inwards and outwards, throughout the world, and has for now anchored her roots in Australia. Her yin qualities embrace femininity, and she sure is one to "Live by the Sun, Dream by the Moon".